Imagine this scenario: Your child is riding along M-59, Big Beaver, or Woodward Avenue, in a car with friends going out to dinner, but your child is not the driver. Then, the vehicle gets pulled over because the driver violated a traffic law. Upon approaching the vehicle, the police officer claims that he can smell a hint of marijuana and searches the vehicle. (The smell of marijuana alone can provide probable cause to justify a search).  The police officer finds marijuana in the center console of the vehicle (or other compartment) and arrests everyone, including your child, regardless of the fact that the marijuana was not theirs. 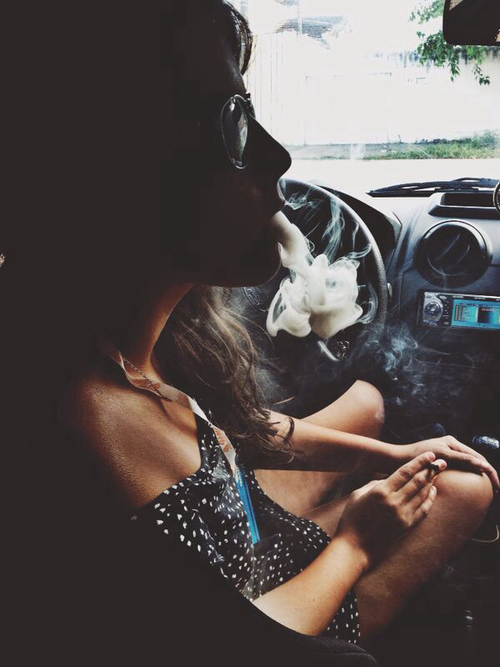 As a caring parent, you’d wonder whether your child could legally be charged with possession of marijuana even though it wasn’t theirs or they didn’t use it? The short but unfortunate answer is: Yes, they can. Charges for possession may be brought against passengers who do not legally own the marijuana (or other drugs), do not have it in their personal possession, and do not know that it is somewhere within the vehicle.

Possession Defined: Under MI law, to be charged with “possession” of a controlled substance, there must be a “sufficient nexus” between the controlled substance and the defendant, a legal concept known as constructive possession. This “nexus” does not need to be established through direct evidence. Instead, it can be established through circumstantial evidence, or inferred from the “totality of the circumstances”. MI courts have concluded that the following fact-based factors determine whether constructive possession in a vehicle exists:

All the above factors may be used by prosecutors as evidence to determine if your child is in “possession” of marijuana.

If this sort of unfortunate scenario happens to occur, we advise that our clients do not resist the police officer or say anything other than “I am remaining silent and asking to speak to my family attorney.” These are magic words and the only words your child should say once arrested. ABDO LAW can help build a defense for you by examining the circumstances and determining if the search was legal under the Fourth Amendment, among other strategies depending on one’s age, record, and factual background.

For example, if your child is between 17-23 years old, we will seek “HYTA status” so that the case is sealed and dismissed with no entry of guilt. In a different situation such as a first-time drug offender, we’d seek “7411 status” because this law allows drug use and possession cases to be deferred over 12 months without entering a judgment of guilt after complying with the court. Under 7411, your child will be placed on probation and may be required to comply with conditions such as drug testing and attending substance abuse treatment. Upon successful compliance with terms of probation, the court discharges your child from probation and dismisses the proceedings without an entry of guilt. An individual can only use the legal discharge and dismissal benefits of 7411 once in their lifetime.

When Can Police Officers Search A Vehicle For Marijuana Without A Warrant?

Police officers may legally search a vehicle for marijuana without a warrant if:

Imagine the situation thickens and the police officer tells your child and their friends that everyone will go to jail unless someone admits the marijuana is theirs. DON’T BE FOOLED! This is a manipulation tactic as old as Metro Detroit’s roads and drinking water infrastructure. The police officer is simply trying to get your child and their friends to start talking in order to use their statements as damaging evidence. Even if the driver or another passenger confesses to owning the marijuana, your child can still be placed under arrest and charged with possession because of our discussion above on constructive possession. A person does not need to have actual physical possession of marijuana to be guilty of possessing it, possession may be either actual or constructive.

Moral Of The Story:  If you tell your children that they can be judged by the company they keep or that they can get in trouble for being at the wrong place and at the wrong time then you are right on the money. Your child’s clean criminal record may be compromised by their environment. Adults as well as children need to be aware of their surroundings and know what is going on within the cars that they choose to get inside. If you think there’s a chance that your child is driving with marijuana or drugs in the car, educate them on the tools that police officers and prosecutors may use to charge someone with possession.

You’re not alone! With over 21,000 arrests each year since 2010, marijuana accounts for 9% of all arrests in Michigan.

Does Being A Michigan Medical Marijuana Patient Make Any Difference In A Possession Proceeding?

Contact ABDO LAW for personal and confidential advice from attorneys that have achieved AVVO’s highest rating of Superb and Martindale Hubbell’s Preeminent rating.

Serving all courts in Macomb, Oakland, Wayne or St. Clair County for 40 years