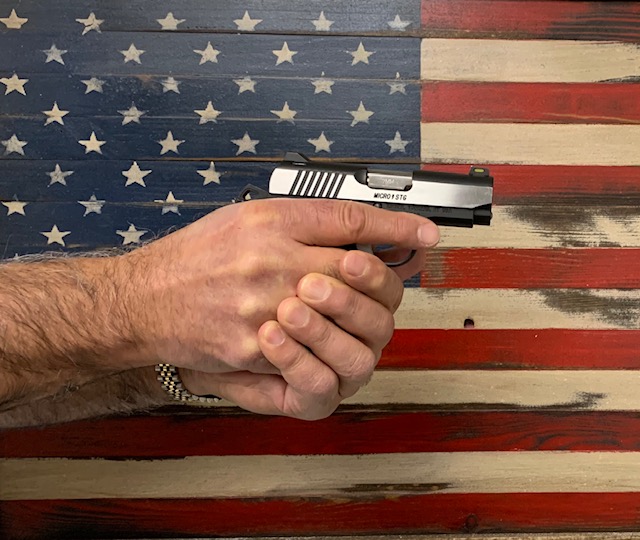 READ THIS PARAGRAPH even if you don’t read anything else on this page!

This is a must read if you are thinking about obtaining a gun or a Concealed Pistol License. Obtaining a Concealed Pistol License (CPL) is easy. For those meeting CPL eligibility, attending a CPL class and shooting your firearm at a close range target is about all that is required. However, once you obtain a CPL, you will need to be constantly vigilant when you are carrying your firearm, handling your firearm and storing your firearm. I would urge anyone that has a Concealed Pistol License (CPL) to get a lawyer on retainer for any possible predicaments or advice as necessary with issues that may be on the horizon. We believe that most CPL holders are responsible and never have a desire to use a firearm against another human being unless absolutely necessary for self-defense. However, knowing when you can act in self-defense and what to do if you use a firearm are of the utmost importance if you are thinking about carrying a firearm. If you use a gun against another person, the police will conduct an investigation according to assault and homicide protocol. You may be the one that ends up calling the police if nobody else is around. The 911 recording will be kept as evidence. Whatever you say on that 911 call could be the difference between winning a trial on self-defense grounds or getting convicted of a felony. The police will also take witness statements from the friends of the bad guy. What do you they will say about the incident? In addition to the police, if you draw your gun and shoot someone, family members of the bad guy will attempt to vilify you and put pressure on the police and prosecutor to take criminal action for an assault or a homicide crime even though you acted in justifiable self-defense.

If you carry a concealed weapon (CCW) without a permit, it is a felony punishable by up to five (5) years in prison. Whether you have a permit to carry or not, once a gun is drawn in the presence of another person, there is the possibility of being charged with an assault crime and/or firearm crime, such as:

A criminal defense lawyer can estimate whether you will be treated as a hero or a criminal for using a firearm against another person. It is important for anyone with a CPL to know things such as whether it is permissible or a crime to use a gun from a moving vehicle or whether you can draw your weapon to scare off an annoying person.

Michigan is a Castle Doctrine state and has a “stand your ground” law. A person may use deadly force, with no duty to retreat anywhere he or she has the legal right to be. Any person who uses a gun legitimately in self-defense has immunity from civil liability.

Use of Non-deadly Force: An individual not engaged in the commission of a crime may use non-deadly force against another individual anywhere he or she has the legal right to be with no duty to retreat if the person honestly and reasonably believes that the use of that force is necessary to defend himself or herself or another individual from the imminent unlawful use of force by another individual.

Use of Deadly Force: An individual not engaged in the commission of a crime may use deadly force against another individual anywhere he or she has the legal right to be with no duty to retreat if the person honestly and reasonably believes that the use of that force is necessary to prevent:

Be a student and practice the art of self-defense

There is no such thing as “one size fits all” when it comes to self-defense. Fortunately, there are numerous outstanding resources and courses available to keep yourself sharp and prepared to defend yourself should the need arise.  The internet is a vast source of every imaginable self-defense situation that you possibly could encounter:

The use of a firearm while operating a motor vehicle raises various legal questions and can lead to criminal charges such as brandishing a firearm or assault with a deadly weapon. When a weapon is produced (brandished), or pointed at someone, in a vehicular scenario, more than likely it will be reported as road rage. Because a motor vehicle can be used as a means to escape or retreat, a person that uses a firearm while on public road in a vehicular situation is not given the same protection that is afforded to the use of firearm within one’s dwelling. When a firearm is used in connection with a motor vehicle, a number of variables will be carefully analyzed by law enforcement officers such as:

There are always two sides to the story. Law enforcement officers do not always do their job in conducting an investigation. And don’t expect the prosecutor to help you defend your case against false allegations, or if you acted in self-defense, or without an intent to commit any crime.

Feel free to browse our other publications on the subject of firearms.

Meeting the Eligibility for a CPL, CPL Denial for Select Misdemeanor Convictions & Brandishing a Firearm

Contact ABDO LAW if you are faced with any criminal, drunk driving or traffic matter in Macomb, Oakland, Wayne or St. Clair Counties. We offer free consultations, flat-fixed rate fee arrangements and can get your life back on track. Phone: 586-412-5555