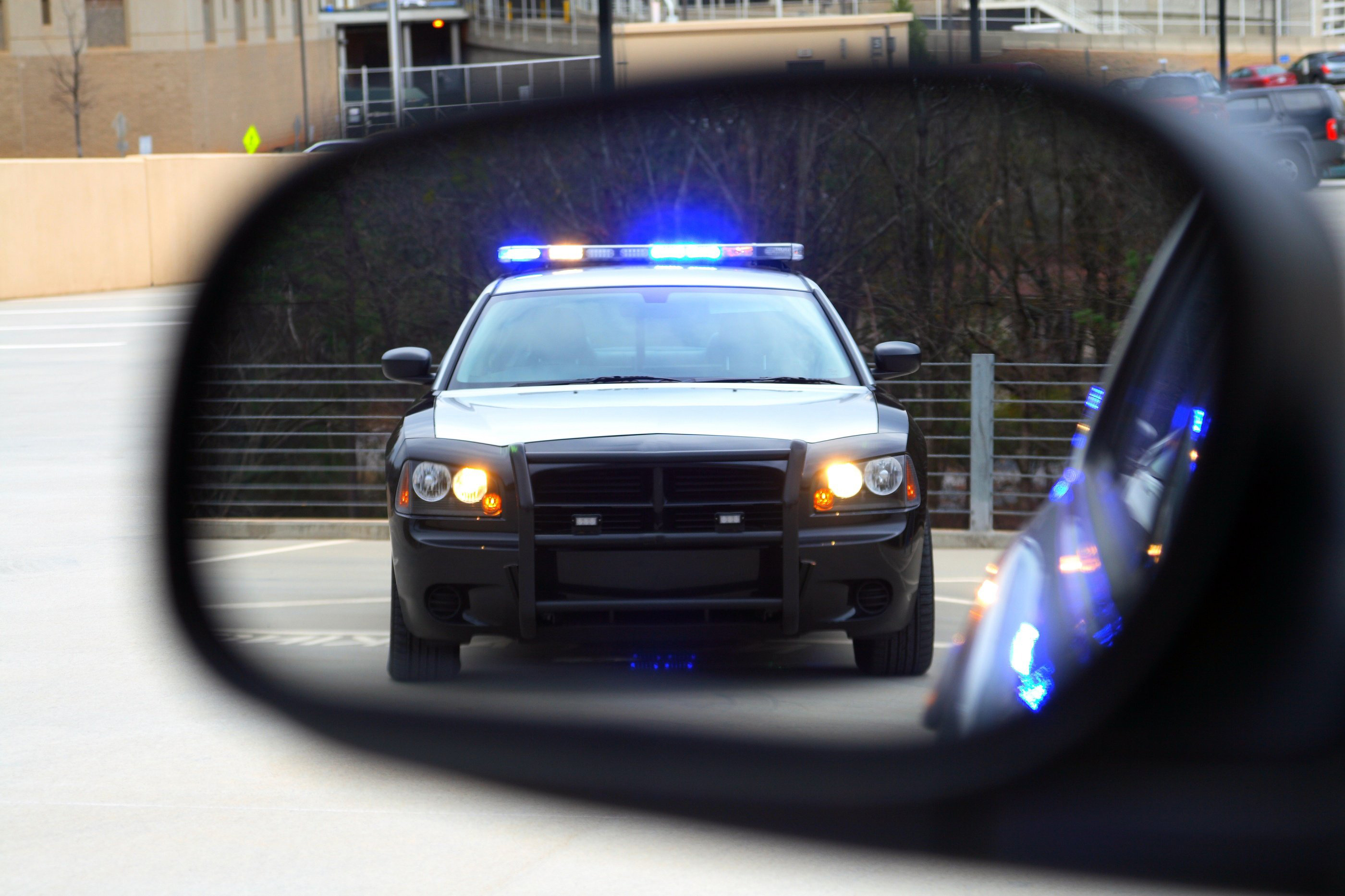 The nature of this publication will be dedicated to the frequent talking points which arise with our clients faced with a Michigan drunk driving case. When I refer to drunk driving, I am referring to the plethora of Michigan laws that cover operating a motor vehicle while intoxicated (OWI) or impaired (OWVI) by the consumption of alcohol, illegal drugs or prescribed medications. Numerous laws may be involved or tied to a single OWI offense, including:

This ABDO LAW publication is based upon our extensive experience handling drunk driving cases  in all Macomb County District Courts.

Michigan’s drunk driving laws have evolved over the past 40 years. When the laws change, so does the terminology which is utilized by practitioners and the public. Our Macomb County lawyers find ourselves explaining the complex legal terminology to our clients that are faced with a drinking and driving offense.

Impaired Driving: The abbreviation OWVI applies to the lesser drinking and driving offense of Operating While Visibly Impaired or Impaired Driving. Under prior law, we referred to impaired driving as an OWI (Operating While Impaired).  A person charged with a higher offense such as OWI or “High BAC” may plea bargain down to the less severe impaired driving statute.  The Michigan Criminal Jury Instruction (MCJI 15.4) is an excellent resource for a definition of operating while visibly impaired:

Actual Intoxication is irrelevant with BAC .08% or .17% or any presence of a controlled substance

When a person is arrested for any driving under the influence (by alcohol or drugs) in Michigan, the police will ask the person to take a chemical test to determine the extent of alcohol or presence of drugs within the blood. A person’s blood, urine and breath may be tested to determine the person’s blood alcohol content (BAC) or drug consumption upon request by the arresting law enforcement agency. The test results are admissible in court proceedings to establish legal intoxication should the person be charged with operating while intoxicated or impaired driving. In Michigan, a person is considered to be legally intoxicated (OWI) if the blood alcohol test is .08% or greater. Elevated blood alcohol of levels of .17% or greater will support enhanced criminal charges known as “high blood alcohol content” or “super drunk”.   The legal intoxicated limits in Michigan are:

Blood alcohol content (BAC) charts are a worthy source of information to calculate the amount of alcohol consumption that is required to be considered legally intoxicated. These charts provide a fairly accurate estimate of the amount of alcohol within a person’s blood based upon two key variables; body weight and the number of drinks consumed. However, the charts do not take individual metabolism rates into consideration. Metabolism can be affected by several factors, such as body temperature, the type of alcoholic beverage consumed, and the amount and type of food consumed.  BAC Reference Chart

ESTIMATION: How long to eliminate alcohol from your system?

The normal body will metabolize alcohol between .012 percent and .016 percent BAC per hour. Numerous other variables can influence the elimination rate of alcohol in the human body. Most charts that I have seen apply an elimination rate of .015 per hour. Therefore, a male weighing about 175 pounds who consumes 6 beers, containing 4.5% alcohol, within 3 hours would register a blood alcohol content of .08. It would take approximately 1 hour after the last alcoholic beverage was consumed to register less than .08 and it would take approximately 5 hours (0.0) to be completely sober.

There is no automatic presumption that a person is “impaired” or “intoxicated” when the test results fall below .08. However, when the test results are less than .08, the police officer, or other witnesses, may provide testimony at trial regarding any conduct or objective signs of impairment or intoxication. Objective signs of impairment may include the following: odor of alcohol coming from the driver, red, watery eyes, erratic driving (weaving) and slurred speech. In addition, the police assess a driver’s ability to perform various field sobriety tests. Field sobriety tests are designed to test a driver’s balance and motor skills. Police may ask a driver to perform tasks such as walking heel-to-toe in a straight line, standing on one leg, or reciting the alphabet backwards. In addition to the testimony of the police or witnesses, the BAC test results are also admissible in evidence at trial to show alcohol consumption.

Should I refuse to take a breath or blood test? 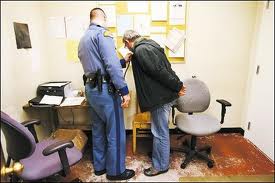 Based upon the above information it may seem prudent to refuse any test which the police ask you to take following an arrest for operating while intoxicated. However, a person that refuses a chemical test in connection with a valid arrest faces license suspension and is also subject to a compulsory court ordered blood test. The following is a summary of consequences when someone refuses to take the chemical test offered by the police:

1. The person loses his right to have an independent blood alcohol test.
2. The police may obtain a court order for a blood sample.
3. The person faces 6 points and license suspension for 1 year.
4. The person may be eligible to appeal the refusal in a circuit court proceeding.
5. Drunk driving charges will depend upon the results of the blood tests.
6. Additional independent license sanctions are imposed upon conviction for OWI or OWVI.

Michigan’s Implied Consent law provides that a person arrested for operating a vehicle while intoxicated or impaired by an alcoholic liquor, a controlled substance, or other intoxicating substance or a combination thereof is considered to have given consent to chemical tests of his or her blood, breath, or urine for the purpose of determining the amount of alcohol or presence of a controlled substance or both in his or her blood or urine or the amount of alcohol in his or her breath.

Police May Obtain a Court Order for Blood Test

The police may obtain a court order for a blood test when confronted with a suspect that refuses a chemical test offered by the police.

Suspect’s Right to a Secondary or Independent Test

As I already mentioned, the police may obtain a court order for a blood test when a person refuses to voluntarily submit to a breath, blood or urine test. This means that the person will still face operating while intoxicated criminal charges when the blood test result is returned to the police from the testing facility. In addition, the person who has refused an alcohol test faces license sanctions by the Secretary of State.

A person that refuses the chemical test offered by the police is given an opportunity to an administrative hearing (aka: implied consent hearing) before a Secretary of State referee to explain the circumstances of the refusal. MCL 257.625f limits the issues appealable at a hearing to the following:

1. Whether the peace officer had reasonable grounds to believe that you committed a crime described in MCL 257.625c(1).
2. Whether you were placed under arrest for a crime described in MCL 257.625c(1).
3. If you refused to submit to a chemical test upon the request of the officer, whether the refusal was reasonable.
4. Whether you were advised of your rights under MCL 257.625a
Refusals based upon failure to understand the law are not considered reasonable since we are dealing with an “implied consent” law. Again, the implied consent law means that you consent to the test by accepting the privilege to operate a vehicle in the State of Michigan. Other common refusals are known as technical refusals. A technical refusal usually means that the suspect gave an insufficient sample. An insufficient sample may occur when someone tries to fool the machine by not placing their lips tightly on the breathalyzer straw or by providing a soft or side blow into the machine.

A person that loses an implied consent hearing faces license suspension for a period of 1 year and 6 points is placed on the driving record. A second refusal within 7 years results in a suspension of 2 years. This is a separate consequence from any subsequent convictions resulting from the traffic stop.

Appeals based upon hardship: As I mentioned, you face suspension of your license for 1 year upon losing first implied consent hearing. A person facing a first time implied consent suspension has the right to file a circuit court appeal to request a restricted license based upon need or “hardship”. A hardship appeals requires a showing that a person needs to operate a vehicle for employment or education and both of the following exist:

The penalty for drunk driving is subject to enhancement by law depending upon whether the charge and subsequent conviction is a first, second or third time offense.  Below are some facts that other attorneys will tell you and will not publish within their websites or blogs regarding drunk driving cases:

Here are just a few factors that can have an impact on any 1st, 2nd or 3rd time drunk driving case:

FIRST OFFENSE:  What happens if this is my first offense for drunk driving?  First time offenders charged with “operating while intoxicated” can expect the prosecutor to agree to reduce the charge to the lesser offense of “operating while impaired”.  This is true in more than 90% of the first offense cases that we have handled in the Macomb County District Courts assuming that there are not any egregious facts or circumstances associated with an individual’s first time drunk driving offense.  Negotiations to seek a plea bargain or reduction can begin as soon as an attorney is hired and are concluded at a pretrial conference or other later stage in the proceedings. I can say that our firm has never had a first time offender get jail time in Macomb County. The following penalties are typically associated for a first offense “operating while impaired”:

SECOND OFFENSE:  What happens if this is my second offense for drunk driving?

A conviction for a DUI second offense carries greater consequences within the Court system and by the State of Michigan. It is first important to explain the three (3) different types of “second offense” scenarios that a client may be facing: