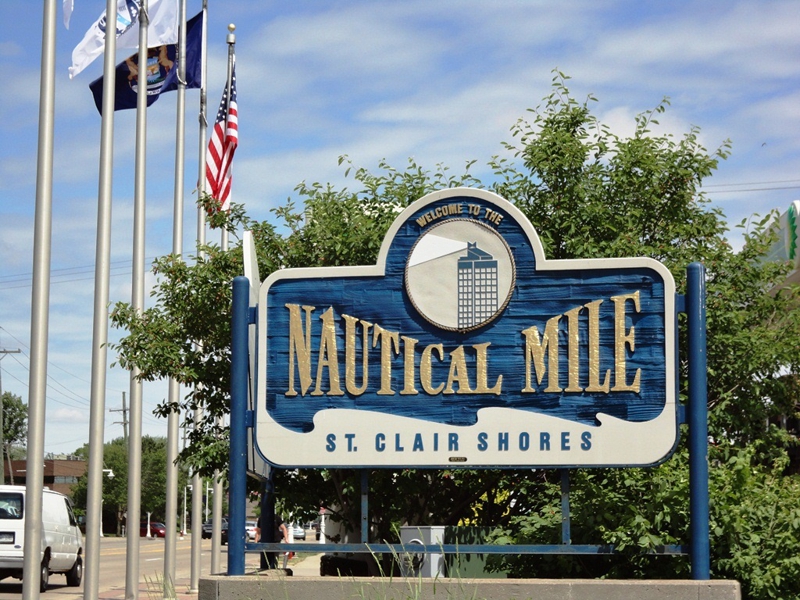 Most of the recreational activity and action in St. Clair Shores takes place in a dedicated zone known as the Nautical Mile. The Nautical Mile in St. Clair Shores, located on Jefferson from 9 Mile Road to 10 Mile Road,  is a Michigan landmark which consists of numerous restaurants, bars, marinas and boat dealers along a one mile stretch of land on the shoreline of Lake St. Clair.

The City of St. Clair Shores has its own police department and the Michigan State Police patrol the I-94 and I-696 interstate expressways.

Criminal Cases in the 40th District Courts: Provisions of Law to Get Dismissals Available!

The 40th District Court keeps close tabs on the community to insure safe streets and recreational enjoyment. I would say that both judges take a ‘hands on’ approach to their cases. They use alcohol and drug testing extensively to monitor individuals that are on bond or convicted of an alcohol or drug related offense. Jail is rare for first time offenders. However, you will always want the benefit of an experienced 40th District Court criminal defense lawyer to get the best possible result .

Arraignment and Bond: If you are arrested or arraigned on a criminal matter in the 40th District Court, you will appear either before a magistrate or judge.  If you receive a misdemeanor ticket, your attorney may waive the arraignment and have the matter scheduled for a pretrial conference at a later date. If you have a warrant for your arrest or are otherwise required to personally appear for arraignment, the presence of an experienced St. Clair Shores criminal defense lawyer can a big difference at an arraignment to keep the bond low and keep the bond conditions at a minimum. I have found that Judge Oster, Judge Fratarcangeli and the magistrate will listen to an attorney’s remarks regarding bond which can save potentially thousands of dollars that a bondsman would otherwise cost.  However, even though you are presumed innocent, the 40th District Court will require alcohol and/or drug testing as a condition of bond upon being arraigned and during the pendency of the case.

Alcohol/Drug Testing: Those facing alcohol or drug charges in the 40th District Court will almost automatically be required to engage in testing for alcohol and/or drugs soon after a case enters the court system. Testing will also be imposed on those charged with offenses that involve alcohol or drugs such as disorderly conduct or domestic violence. Urine testing is the preferred means to test for drugs. For alcohol testing, the 40th District Court will consider one of the following:

Once a person is required to be tested for alcohol and/or drugs, the 40th District Court Probation Department will be quick to set up a show cause or violation hearing if a person misses a prompt to provide a breath or urine sample or there are any positive results for any alcohol or drugs. We have represented clients that have faced show cause violations because of alcohol or drug use. A testing violation can also occur where the offender denies any alcohol or drug use and claims that the result was a “false positive”. These situations can usually be resolved with the court when the offender has an action plan to avoid further violations or can show the court that there has not been any use of alcohol or drugs.

The outcome of a criminal case in the 40th District Courts, as well as other Macomb County District Courts, is dependent upon many components.  The most significant factors that can have a bearing on the disposition of a case are:

In 2019, there were approximately 164 arrests for operating a motor vehicle under the influence of drugs or alcohol in St. Clair Shores.  Out of this number, 60 individuals registered a blood alcohol content (BAC) of .17 or greater and faced  “super drunk driving” or OWI with a High BAC. In 2016, there were about one-third fewer individuals facing “super drunk driving” in St. Clair Shores with only 42 offenders testing with a BAC of .17 or more.

1st offense drinking and driving:  A person without any prior DUI/OWI offenses can expect to get through the court process by getting a plea deal to a reduced charge, with no jail and no loss of license.  In practice, the majority of first time arrests for  OWI (.08 to .16) can be negotiated to a reduced to ‘operating while impaired’. It is extremely difficult and rare, but not impossible, to get a drinking and driving offense reduced to a non-criminal offense. In addition to probation, a person convicted for a first drinking and driving offense (operating while impaired) is looking at:

The 40th District Court has its own probation department located inside of the courthouse.

Traffic Violations in the 40th District Court: Reduced to Avoid Points and Record of any Conviction! 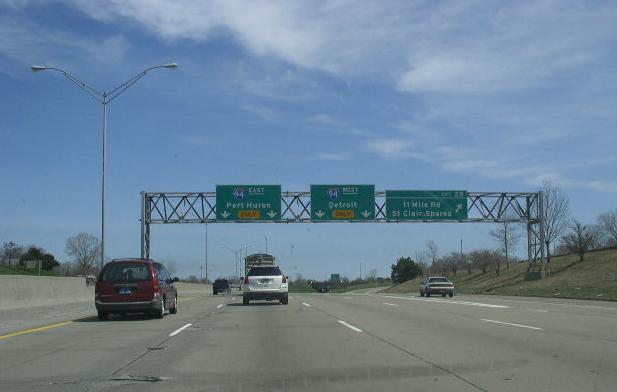 Like other district courts in Macomb County, I would say that traffic tickets are on the top of the list of types of cases that are litigated at the 40th District Court. The presence of I-94 and I-696 contribute to the traffic volume in St. Clair Shores.  When resolving a traffic matter in the 40th District Court, we are often able to negotiate a reduction or avoid points. A substantial reduction in a traffic ticket occurs when it is reduced to an offense such as impeding traffic or double parking. A traffic ticket that is reduced to impeding traffic or double parking does not carry any points and will never appear on a person’s driving record! We are also able to get favorable results for individuals charged with misdemeanor traffic offenses such as driving while suspended, reckless driving and leaving the scene of an accident.

Courts are making it easier than ever to just pay your traffic ticket by visiting the court’s website and conveniently providing an option to pay by credit card.  Unfortunately, most individuals that receive a traffic ticket do not hire a lawyer and wind up with a record and points that will have an impact on insurance premiums for several years. The path of least resistance, paying the ticket, can be much costlier in the long run.

ABDO LAW, established in 1980,  is a top rated Macomb County criminal defense firm. ABDO LAW, has specialized in criminal law and drunk driving longer than most other firms in Macomb County. We are the only law firm with every top national rating. Our ratings include

Contact ABDO LAW if you are faced with any criminal, drunk driving or traffic matter in Macomb, Oakland, Wayne or St. Clair Counties. We offer free consultations, flat-fixed rate fee arrangements and can help you get your life back on track. Phone: 586-412-5555