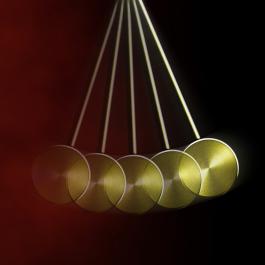 When a person commits a crime that involves a victim, a number of laws apply that provide the victim with several rights. Some of these rights allow for the victim to collect restitution, be afforded a victim’s rights advocate, confer with the prosecutor regarding plea bargaining and speak at the time of sentencing to request a specific (jail) sentence.

Crime victims, as defined by law, shall have the following rights, as provided by law:

Michigan’s Constitution gives powerful rights to a crime victim which can mean that a victim can block a plea agreement or have an impact on sentencing. Courts and prosecutors must abide by a rigid set of rules to include the victim in the criminal process and make an inquiry regarding the victim’s losses or injuries. Some courts utilize a checklist to insure that the victim’s rights are protected. In many cases, the victim can actually be sympathetic to the defense. It always helps when the victim does not obstruct the plea bargaining process and does not ask for jail or other unjustified harsh punishment at the time of sentencing.

However, as a criminal defense lawyer, it is far better to represent someone when a victim is not involved or when a victim does not take a position against the defense with respect to the plea bargain or sentence. The worse case scenario occurs when an alleged victim acts overly victimized, exaggerates a loss, requests inflated or spurious restitution or actually savors the drama of criminal court proceedings. In situations such as these, most judges know when a victim is seeking punishment that is cruel or is just taking advantage of the system. Unfortunately, some judges will give the victim too much latitude which makes the entire criminal process difficult for criminal defense lawyers.

Restitution: (A) Is a good idea (B) Is abused by victims (C) Involves a flawed process (D) all of the above

Another vital tool that has been afforded to victims is the ability to request restitution at the time of sentencing and thereafter. A restitution hearing can be held to verify or contest a restitution claim. A person, business entity or third party (such as an insurance company), that suffers a loss because of the defendant’s conduct can request restitution. Michigan’s restitution statute and laws give the victim and the judge numerous powers including:

Restitution is commonly addressed at the time of sentencing. In my opinion, it is a flawed process because at the same time that the defendant is asking for a lenient sentence; the victim is asking for compensation. Whenever money is involved, most defendants that have the wherewithal will pay when they feel that it will appease a victim or save them from jail or prison. This usually means that the defendant usually consents to restitution which is rarely questioned by the prosecutor or judge assigned to the case. I have seen more than my fair share of abusive restitution claims where a victim is allowed to profit at the expense of a defendant who is facing incarceration.

Case 1: The victim was seeking restitution in a case where the defendant was charged with home invasion. The victim had old photographs of jewelry and recent appraisals based upon the old photographs to seek and obtain substantial restitution. She did not have any receipts or any recent documentation or photographs. In some of the photographs, she was wearing the jewelry but in others, she was not. There was no way to know whether she really ever owned the jewelry or the real value.

Case 2: A business entity claimed several thousands of dollars in accounting costs to investigate a defendant charged with embezzlement. There was no way to prove or disprove whether the accounting costs were actually necessary or just linked to this case.

Case 3: Co-defendants were convicted of taking equipment from a facility. The equipment was recovered. Although the equipment was old and in need of repair, the victim claimed and received in excess of $20,000.00 restitution for alleged damage to the equipment.

In my opinion, it was a far better system when a victim of a crime was required to file a civil lawsuit for damages arising out of a criminal offense. In civil lawsuits, the aspect of criminal punishment does not exist. A civil lawsuit is not based upon emotion, sympathy or the “hang em high” mentality that exists in criminal cases. A jury trial is permitted in civil proceedings and there is a process to establish or refute damages which includes depositions, discovery, expert witnesses and motion practice to refine the case. The prosecutor and victim rights advocate do not exist in the civil process and the judge does not have to placate a victim based upon the politics or media exposure which is more prevalent in criminal cases. The civil lawsuit, or civil process, is designed to require a party to prove a loss by verifiable evidence. Whereas, in the criminal arena judges and prosecutors may yield to the “get tough on crime” philosophy which may have an influence on decisions regarding restitution.

When confronted with restitution claims, we make recommendations to our clients on a case by case basis. There may be situations when we recommend settlement of an allegedly inflated restitution claim. Our recommendation may be based upon the economics or legal fees associated with a long drawn out restitution hearing. In addition, the payment of restitution, or making a victim whole, is often viewed favorably by the prosecutor and judge.