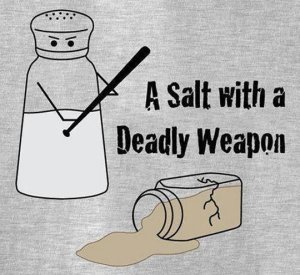 We have seen every single one of the above scenarios result in criminal charges.

The class of assault crimes that involve close relationships, particularly domestic violence cases, rarely involve extreme circumstances or injuries. In a large percentage of these cases, the party who made the 911 call has regrets and may want to drop the charges. When this is the case, the alleged victim may claim that the incident was a misunderstanding or that the police did not report it accurately. However, once an arrest is made and a criminal file is officially in the “system”, it is not easily dismissed. The system consists of several governmental organizations (police, prosecutor, court, victim’s rights advocate, probation department) that are required to follow protocol in the handling of a criminal case. The police pass the case off to the prosecutor and prosecutor passes it off to the courts. In another blog, I explain why it is so hard to get domestic violence/assault cases dropped.

Most Domestic Violence/Assault Cases Begin with a 911 Call to the Police
It merely takes a 911 call to the police that can be the start of an agonizing legal process. After the 911 call, the police are summoned to go to the location of the alleged crime. The police are prepared to deal with parties that may be under the influence of alcohol/drugs and in a frantic emotional state of mind. Once present, they begin their investigation by separating the parties. The alleged victim will be examined for any possible injuries and the need for medical attention. Any injuries, however slight, such as red marks, bruises, cuts or the presence of blood, will be noted and photographed as possible future evidence. As I said, the police will separate the parties to gain order at the alleged crime scene, defuse the episode and to take statements from the parties. Keeping the parties at a distance makes it harder for them to fabricate statements. The police will attempt to get an admission/confession from the suspect confirming that physical contact was made upon the alleged victim. The victim is also given an opportunity to explain the incident. First the police like to obtain an oral statement. Then the police will ask the victim to provide a consistent written statement. An angry spouse or ex may introduce extraneous details in the statement which may not be completely honest or don’t tell the whole story. Any aspects of self-defense are often left out when a victim talks to the police. Unfortunately, missing details, embellishments or untruthful statements to the police may be enough to escalate a simple assault or domestic violence from a misdemeanor to a serious felony.

Let me start out by providing an example of recent felony related assault case which was handled by our firm in Macomb County:

Example: Our client said that his wife was blocking his attempt to leave the house after an argument ensued. She suffered a bloody nose in the process when he was trying to restrain and calm her down. She called 911 and told the police that it looked like a murder scene in her kitchen and that there was blood everywhere. The police photos showed blood on her face and on the floor which made the situation look more egregious. She said she was strangled by her spouse. She never obtained medical attention. The police arrested our client and the prosecutor charged our client with a felony that could carry up to ten (10) years in prison, assault with intent to strangle or suffocate.

The above example is one of many possible ways that actual or alleged assaultive conduct can result in a felony charge. The following is a list of assault related offenses in Michigan that may be charged in the context of a domestic altercation as a felony:

The maximum penalties for the above listed felony cases range from 4 years up to life in prison. The above offenses are linked to the appropriate Michigan statutes for further information about the offenses and related criminal penalties. Sentencing for felonies is governed by the Michigan Sentence Guidelines.

A Few Words about Felony Assault with a Dangerous Weapon

In recent months, we have seen several domestic violence/assault cases charged as felony assault with a dangerous weapon. I cannot attribute this to anything in particular but feel that prosecutors are becoming more aggressive to authorize a felony charge even when the facts are not compelling and the victim does not want to prosecute. Fortunately, there are legal means to get a case under control.

Please browse through our blogs and articles which discuss various topics in relation to assault and domestic/violence assault crimes: