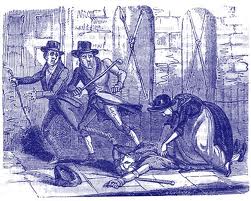 Assaultive conduct or deadly force will be particularly scrutinized by law enforcement officers and prosecutors for possible criminal charges. Under certain circumstances, an act of assault may be excused or defended if the use of force was based upon justifiable self-defense. The following is a list of assault crimes in Michigan:

A criminal defense attorney will also explore every minute detail which can be utilized to pursue a theory of self defense.

Self Defense Background, Duty to Retreat Except at Home

A person’s right to act in self defense in the face of an assault or attack is a qualified right which has evolved with the times. Under prior laws, one had a duty to retreat when it was reasonably feasible to do so. The duty to retreat does not apply within one’s home. Under the Castle Doctrine, a person has no duty to retreat (from an assault) and may defend himself (self defense) within his own home. This is based upon English Common Law which gives protected status to one’s home under the theory that a man’s home is his castle. The Supreme Court ruled in Beard vs. United States (158 U.S. 550 (1895)) that a man who was “on his premises” when he came under attack and … did not provoke the assault, had at the time reasonable grounds to believe, and in good faith believed, that the deceased intended to take his life, or do him great bodily harm…was not obliged to retreat.”

Michigan, like many states, has adopted a stand-your-ground law. The crux of the stand your ground law means someone with a reasonable belief of an attack (assault) may act in self defense, without any duty to retreat, provided that the person is legally at a place or location where he or she has a right to be. Similar to the Castle Doctrine, a person may be justified in using deadly force in certain situations and the “stand your ground” law would be a defense to criminal charges and a civil suit.

MCL 780.972 Use of deadly force by individual not engaged in commission of crime; conditions.

(1) An individual who has not or is not engaged in the commission of a crime at the time he or she uses deadly force may use deadly force against another individual anywhere he or she has the legal right to be with no duty to retreat if either of the following applies:

(a) The individual honestly and reasonably believes that the use of deadly force is necessary to prevent the imminent death of or imminent great bodily harm to himself or herself or to another individual.

(b) The individual honestly and reasonably believes that the use of deadly force is necessary to prevent the imminent sexual assault of himself or herself or of another individual.

Michigan has become one of many states that has liberalized laws pertaining to carrying concealed weapons (CCW). The plethora of firearms in the hands of individuals will eventually lead to greater use of those firearms. Michigan’s “stand your ground” law insures that this will all be played out in the streets and then in the courts.

A recent Time Magazine article, April 9, 2012, “THE LAW HEARD ROUND THE WORLD“, covers the “stand your ground law” following the controversial case involving the death of Trayvon Martin. The article asks this question: “When it comes to a confrontation on a dark street, at least two competing impulses come to mind: Do you stand your ground or turn the other cheek? Engage or run?”

Self Defense Education, Knowledge of the Laws, Firearm Training

Our law firm strongly urges anyone who is charged with assault, homicide or has acted in self defense to seek the advice and services of a criminal defense lawyer. We consult with many clients who have CCW permits whom retain our business card in case of an incident. If you carry a firearm or intend to do so, we recommend that you enroll in all available classes at gun ranges to become proficient in the use of your firearm and become a member of the NRA for continuing education about gun safety and your rights. We also urge our clients to know Michigan’s CCW laws, Michigan’s self defense laws and their personal rights; especially the right to remain silent!