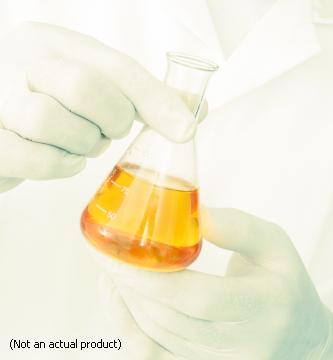 Ethyl Glucuronide (EtG) is a metabolite of beverage alcohol (ethanol), which means that it is used by the body to break down alcohol in the system. According to the drugtestingnetwork.com, the presence of EtG is a conclusive sign of recent alcohol consumption.

What is an EtG Test?

The EtG test, which can be implemented by a Court for a variety of reasons, is able to detect alcohol in a person’s system when a standard breathalyzer is not sufficient. Ethyl Glucuronide is detectable for up to 80 hours after an individual stops drinking, but can vary depending upon the person’s metabolism and the amount of alcohol that was consumed.

The EtG Testing Process (provided by uatests.com, a testing facility)
EtG testing is a process similar to other lab-based drugs of abuse testing. The following steps are typically followed:
Step 1: A chain of custody form is completed
Step 2: The subject voids into a standard collection cup. The temperature of the urine is checked, using a temperature strip on the collection cup, to assure it is a valid sample.
Step 3: A urine specimen syringe device is used to collect a sample of the urine.
Step 4: The syringe device, and related paperwork are sent to the lab. This is easier, cleaner and less expensive than sending a bottle of urine.
Step 5: The test samples are shipped to the lab. The most economical and effective method of getting your sample to the lab will depend on your location.
Step 6: Results are typically reported within three days of receipt at the lab.

Why is the EtG test ordered?

Individuals on probation for a criminal offense are sometimes subjected to random alcohol testing, which dictates that they blow into a portable breathalyzer. This test will only show the alcohol (ethyl alcohol) which remains in the bloodstream and is expelled as vapor from the lungs. Therefore, this test will only give information on whether or not the individual has drank alcohol within hours of taking the test.

Under certain circumstances the Court will order an EtG test for someone who is prohibited by law from consuming alcohol, based on an alcohol-related offense (usually drunk driving). The test is also used to screen for drinking problems, intervention evaluation, employment purposes and to motivate changes in drinking behavior.

Is the EtG Test reliable?

According to the Substance Abuse and Mental Health Service Administration, the EtG test is inaccurate and may actually be unreliable. The SAMHSA discusses the test’s sensitivity to even small amounts of alcohol that can be present in daily-use items. Examples include hand sanitizer, hair spray, laundry detergent, aftershave and even some cosmetic items. The information provided in the SAMHSA advisory notice led the U.S. Department of Health to deem the test “experimental”. The EtG test can produce positive results when an individual is simply exposed to any number of products which contain ethanol.

Despite EtG testing’s scientific unreliability, the test continues to be widely-used across the country. For this reason, our law firm is against the use of EtG tests.

What can Abdo Law do for you?

As stated above an EtG test may be administered as part of your probation terms. While on probation for a criminal offense an individual can request permission to leave the state (family vacation, cruise or trip to Las Vegas) from their probation officer. While away, a person may be excused from random alcohol testing. However, it is our experience that the courts may order an EtG test upon the individual’s return. Upon failing an EtG test, a person may be faced with a probation violation. It is in your best interest to hire an attorney for legal representation at a probation violation hearing.