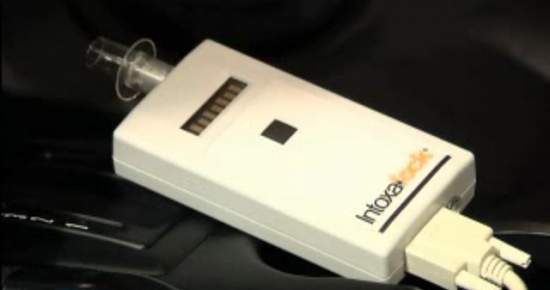 In Michigan, a common sanction by both the courts and the Secretary of State is the required installation of an interlock ignition device on the defendant’s (or petitioner’s) automobile. Colloquially referred to as a ‘blow and go’, these devices can be a tremendous headache for those required to install them. In our experience, there are a number of situations where these devices are compelled to be installed on our clients’ vehicles. These scenarios include;

– A ‘superdrunk’ conviction,
– Certain drunk driving convictions with aggravating circumstances,
– As a mandatory condition of a restricted license upon a successful license appeal,
– And certain crimes which may have resulted from an underlying drinking problem.

1) What is an interlock ignition device?

The cell-phone sized device is installed so it connects to an automobile’s ignition system, usually inside of the glove compartment. After installation, the driver is must blow into the device before the car will start.

2) Where can these devices be installed and how much do they cost?

Many locations in Southeast Michigan offer install services for the ignition interlock device:

3) How do these devices work?

According to igntioninterlockdevice.org, the driver blows about 1.5 litres of air into the device, which is located on the car’s dashboard. Drivers can also be subjected to “rolling tests”, which require the driver to use the device once the car is moving. If the driver fails one of these “rolling tests” the device sounds a warning, which may consist of flashing lights or honking horn and will sound until the ignition is turned off (the ignition will not automatically shut off while moving). Each device contains a computer chip, which requires monthly downloads. The information is sent to the overseeing court and analyzed for blood alcohol content levels as well as attempts at tampering with the device.

4) When required by the State in a driver’s license restoration case, what will result in a violation?

The State of Michigan has divided violations into two main categories:

-Failure of a “rolling test”, which is either failing to take the test when prompted or the result is greater than 0.25% and a subsequent sample is greater than 0.25%
-An arrest or conviction for drunk/drugged driving -Tampering with the Blood Alcohol Ignition Interlocking Device -Circumventing the device, by allowing a passenger to blow into the device -Three minor violations within the monitoring time (required time for device to be installed)
-Removing the device without having it re-installed within 7 days (unless Secretary of State approves)
-Operating a vehicle without a properly installed device
In the State of Michigan, a minor violation will result in a three-month extension before another driving license appeal can be requested. Major violations will cause the original driver’s license revocation to be immediately reinstated, which means the driver will no longer be able to operate any vehicle, even with an ignition interlock device installed.

5) Are these devices reliable?

Despite widespread implementation of ignition interlock devices many have doubts as to their reliability. Significant issues arise out of false positive results, which could be caused be a number of daily-use products. They include mouthwash (because of its minimal alcohol content), some medicines, and even some beverages.

While troublesome for many, these devices are a day-to-day reality for those who are required to have them installed. We advise that clients keep good independent records of issues they are having with their device. For instance, if there is a false positive alcohol test we recommend the client immediately get an independent breathalyzer administered. Also, be sure to keep any records of maintenance done to the vehicle or the device, as it may be relevant evidence if there is ever a violation. Also, in some instances a doctor’s note can be useful if the positive result stems from a prescribed medication.

The Abdo Law Firm is very experienced in both DUI cases and license restorations. Our firm always fights to get our clients back on the road and defends them when they are accused of ignition interlock violations. We can do same day, evening, and weekend appointments. Phone consultations are always free. Call (586) 412-5555 today to set up an appointment!