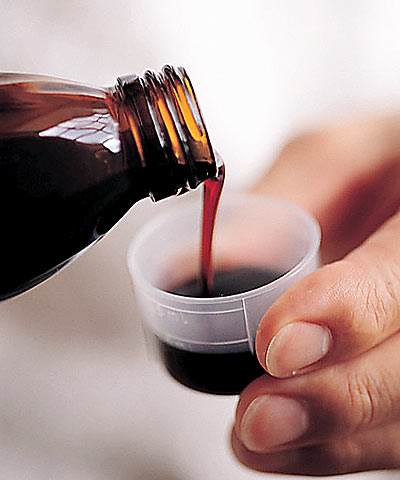 If you spend enough time in the back of a court room you will hear a few common explanations for positive drug and alcohol tests. Often when faced with a probation violation (or show cause while on bond, or if you are appealing to get your license back) defendants/petitioners will attempt to offer an innocent reason for their positive test. What defendants often do not know, that practicing attorneys do, is that Judges have heard it all. While our strategy varies from case to case – we advise that our clients NEVER* to use the following explanations when standing in judgment. Probation violation hearings are oftentimes much more serious than the underlying charge, as the Court will view the defendant as somebody who has been unable to prove themselves. Further, the sentencing Judge has the authority to sentence defendants to the maximum term of incarceration for the underlying charge. Beneath are some common excuses that come up in court. I’ve done some basic research into each of these explanations to see if they are at all supported by science, unfortunately it seems that they are not.

Excuse #1: ‘It Was Secondhand Marijuana Smoke’

When defendants test positive for THC they will sometimes tell the Judge that it was merely secondhand smoke. The Wikipedia page on drug tests (which has a wealth of other relevant information) states that “[t]his legend is technically true but highly misleading.” In order for a test to be positive from secondhand smoke one would have to be in a small unventilated space for hours with marijuana smokers. Based on this, it seems that somebody who is by marijuana smoke for a short amount of time would not have THC levels to yield a positive test. The possibility of a positive test aside, Judges hear this excuse all of the time and know it is just that. Dishonesty will always put you in a worse position than where you started.

Excuse #2: ‘The Cocaine Seeped Through My Skin’

Though a somewhat more isolated excuse, this still comes up time and time again. Karch’s Pathology of Drug Abuse indicates that a positive drug test from this type of exposure is unlikely unless dealing with a large quantity of cocaine. No surprise that Judges do not buy into this explanation. Beyond the fact that it most likely isn’t true, there isn’t a solid legal reason to be handling a large quantity of cocaine. As advised above, this is a defense that will get you nowhere and if anything will set you back should you use it before a Judge.

Excuse #3: ‘I Was Drinking Cough Syrup’

Perhaps the most common of all of the excuses, when defendants test positive for alcohol they often say that it is from drinking cough syrup. I couldn’t figure out the exact amount, but alcohol is listed as an inactive ingredient in Nyquil. Some sources stated as low as 10% and some as high as 25%. Nyquil can cause a positive alcohol test. However, it would seem that one would need to drink a large quantity to have a positive BAC or drink cough syrup immediately before blowing. MOST OF THE TIME, this excuse does not hold up. Oftentimes Judges see through this smoke screen and view the defendant as being dishonest and uncooperative. Further, a term of probation is typically no consumption of alcohol, because there is alcohol in some cough syrup this is a straightforward violation. HOWEVER, in some instances (specifically in license appeals at the DLAD) we have been successful in bringing this defense where there is corroborating evidence and/or a doctor’s note.

When faced with a probation violation there is no silver bullet. Utilizing any of these defenses listed above will in most circumstances put defendants in a worse position than where they started. Probation violations, interlock ignition violations, and show cause hearings are high stakes. Our office works with clients in developing an individualized strategy in order to achieve optimal results at their hearings. When faced with a violation we recommend you retain the services of an experienced professional to advise you and speak for you on your behalf. Our office has over 40 years experience with this type of work and is skilled in presenting probation violators to the court. If you want to avoid jail, keep your HYTA status, 7411 status, or keep your license do not resort to these stale excuses. Contact the Abdo Law Firm today to set up your free consultation.