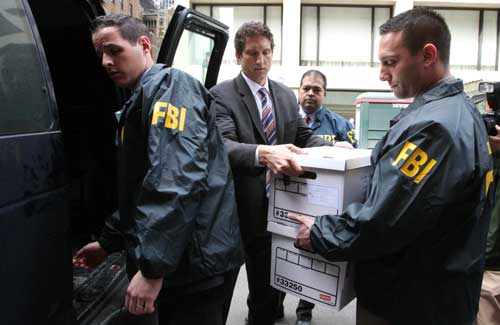 In the United States, there are crimes which may be prosecuted at the State level based upon violations of State laws. A Federal crime is one which involves a violation of a Federal law. Many criminal offenses may fall under the jurisdiction of both the State and Federal laws and either or both branches of government may prosecute. The doctrine of double jeopardy does not preclude both State and Federal prosecutions under the doctrine of dual sovereignty.

There are literally thousands of Federal laws. Many Federal crimes are listed in Title 18 of the United States Code. In addition, there are several Federal agencies with authority to investigate Federal offenses including: Federal Bureau of Investigations (FBI), Drug Enforcement Agency (DEA), Alcohol Tobacco and Firearms (ATF), United States Marshal Service (USMC), United States Secret Service, Immigration and Customs Enforcement, United States Postal Inspection Service and Homeland Security. Postal Inspectors investigate any crime in which the U.S. Mail is used to further a crime by use of the mail, telephone, or on the Internet (mailfraud).

If you are contacted by any Federal law enforcement agency concerning an investigation, you should immediately consult with an attorney. The Federal criminal justice system is fraught with legal traps. As soon as you talk, you may face an indictment for lying to a Federal agent which can carry 5 years in prison. It is always best to obtain the business card of the agent or obtain a name and telephone number.

It is serious business when our law firm receives a call from a client who is the subject of a Federal investigation or is indicted for a Federal crime. A Federal search warrant will almost always result in the seizure of documents, financial records and computers. An arrest may occur at the same time of the search. However, criminal charges (indictment) may not occur for many months (or even years) after a criminal investigation or search and seizure. During the pendency of a Federal case, a criminal defense attorney will explore all possible options with the United States Attorney/USA (Prosecutor) including cooperation, plea agreements (Rule 11) and trial.

Federal crimes may necessitate the need for a criminal lawyer that specializes. Federal crimes include but are not limited to the following: mail fraud, tax fraud, drug crimes, internet crimes, federal sex crimes (use of the internet), gambling crimes, bank/financial crimes, Medicaid fraud, racketeering, money laundering, computer fraud, pollution, crimes upon waterways or upon federal property and identity theft. At our firm, we are associated with Federal criminal lawyers throughout Michigan. In addition, we can arrange for legal representation by experienced and qualified Federal criminal attorneys anywhere in the United States of America in all areas of specialty.