Blood alcohol content (BAC) refers to the amount of alcohol which is estimated within a person’s blood as determined by a blood alcohol test.  Blood tests and breathalyzer tests are the most common methods for testing BAC. The Michigan State Police maintains statistics with respect to BAC testing, DUI convictions, average BAC levels and the number of convictions for those charged with a DUI offenses.  The statistics are further broken down for each county and each district and circuit court. In 2016, the Michigan State Police Drunk Driving Audit revealed the following statistics for those who submitted to a breath or blood test in Macomb County:

Operating While Intoxicated: .08 or greater,  OWI with a High BAC: .17 or greater 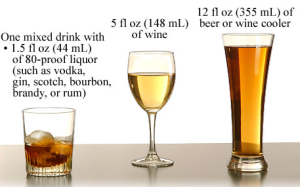 Blood alcohol content (BAC), or blood alcohol level (BAL), refers to the amount of alcohol in the body. Numerous factors have an influence on BAC levels. These include consumption of food, percentage of alcohol, body weight, sex, and physical activity. Furthermore, every person digests alcohol in a different way, which leads to varying absorption and elimination rates.

The passage of time may mean that some of the alcohol has been eliminated from the body.  A person charged with drunk driving invariably be asked these questions which pertain to the science of alcohol absorption and elimination from the blood:

The answers to these questions, and others, allow our Macomb County DUI attorneys to explore the accuracy of the chemical or blood test result which measures blood alcohol content (BAC) and explain the processes of alcohol absorption and elimination to our prospective clients. This article contains a description of these processes along with various useful charts.

Alcohol absorption and elimination are processes that occur when a consumes an alcoholic beverage. Absorption refers to the passage of alcohol through the blood, while alcohol elimination is the rate at which alcohol leaves the body.

The Process of Alcohol Absorption

Through a process known as diffusion, alcohol is absorbed through the stomach and small intestine. The rate of absorption occurs more rapidly when a person consumes a beverage with a higher proof, or percentage of alcohol.

Ordinarily, it takes about 30 to 60 minutes for alcohol to be absorbed in the body. However, it may take up to two (2) hours for complete absorption to occur when someone engages in binge drinking within a short period of time. Binge drinking refers to an individual’s consumption of multiple alcoholic beverages in two hours. Generally, the amount of drinks per two hours varies between men and women; men must consume five (5) or more drinks, while women must only consume four (4) or more drinks to meet the level of binge drinking.

The Process of Alcohol Elimination

Alcohol is eliminated from the body via excretion and metabolism.  Most alcohol is metabolized, or burned, in a manner similar to food; this process results in production of carbon dioxide and water. A small portion of alcohol is excreted through the individual’s breath, leaving the body as alcohol. This process allows for a breath alcohol test, or more commonly referred to as a Breathalyzer test.

First, it must be understood that everybody eliminates alcohol from his or her bloodstream at different rates. The factor playing the most significant role in the elimination of alcohol is the passage of time. Over time, alcohol is eliminated from the body in the same manner that other toxins are eliminated. Scientific studies, however, have been able to ascertain an average rate of elimination for individuals. According to Forcon, a well-known forensic consulting firm, individuals may see a decrease in their BAC by 10-20% within the first hour, while most will only see a 13-18% decrease.

The chemical test results, coupled with a valid reason for the underlying traffic stop, are usually sufficient reasons to charge someone for drunk or drugged driving.  In addition to the test results, the prosecutor will also utilize any other evidence that supports impairment or intoxication such as erratic driving or intoxicated behavior of the accused party. The following is a list of drunk or drugged driving related crimes in Michigan:

All of the above offenses are classified as crimes that can carry jail time, license suspension and/or restrictions, probation, immobilization of vehicle, drug/alcohol testing, substance abuse counseling, fines, court costs, police response costs, possible vehicle forfeiture, travel restrictions, installation of an ignition interlock device, points and a host of other penalties. In addition, felony charges will be pursued against a person who has three (3) or more lifetime offenses for driving under the influence or is involved in a DUI accident which causes an injury or death.

The alcohol or drug content of a person that is arrested for driving under the influence of drugs or alcohol is measured by testing breath, blood or urine of the suspected party. In Michigan, a person is required to submit to a chemical test to determine his or her Blood Alcohol Content (BAC) or drug use if suspected of drunk or drugged driving. The breathalyzer is commonly used to determine BAC levels and blood tests are most commonly used to determine the levels and presence of drugs or marijuana. Pursuant to Michigan’s Implied Consent Law, failure to submit to a test can result in license suspension and 6 points. In addition, a warrant can be obtained for a blood test when a person refuses a chemical test offered by the arresting police agency. An attorney may later challenge the test results in any subsequent court proceeding based upon one or more of the following legal arguments:

Contacting a lawyer should be your first priority if you are charged with operating under the influence of alcohol or drugs. There may be legal grounds to obtain a dismissal or get a case reduced to a lesser offense, avoid any jail and retain your driving privileges.