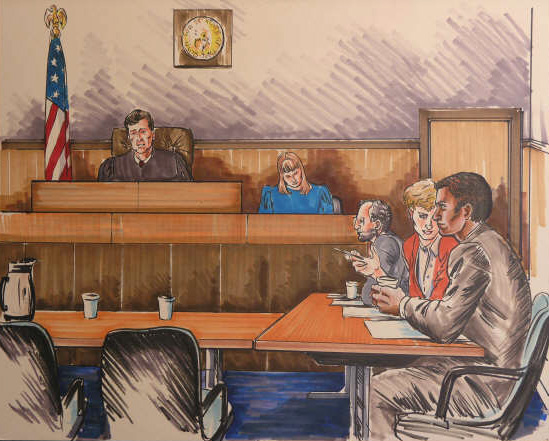 If the case is not resolved by plea bargain after a pretrial conference, the accused may demand a trial. A jury trial or bench trial may be requested. A bench trial is a trial before the judge without a jury. I favor bench trials in certain domestic violence cases because a judge is able to focus on the admissible relevant evidence and discount the drama and side shows.

Clients often ask me if the case can be dismissed if the victim does not show up for court. An attorney cannot ethically advise anyone to ignore a court notice or subpoena. In addition, once someone is charged with domestic violence, the case is pursued by the government and the police may admit the police report as evidence in the event that a victim fails to appear in court for trial. However, our attorneys would make a motion to dismiss the case if the victim fails to appear for one or more trial dates. A judge may consider granting the dismissal without prejudice. When a dismissal is granted without prejudice, the case may be reinstated in the future by the victim. When a case is dismissed with prejudice, it can never be reinstated.

Once in a while, it will come to our attention during the pendency of a domestic violence case that the victim is willing testify that he or she made false statements to the police or that the police report is inaccurate. In this scenario, we try to preserve any exculpatory statements by obtaining a written or recorded statement from the victim. Here are some possible legal maneuvers which can occur when a victim provides a conflicting statement, especially one which is favorable for the defense. An attorney can use the victim’s subsequent written statement at trial for impeachment purposes if the victim attempts to recant the same. When we can admit the statement, it may discredit or weaken the victim’s testimony to the extent that the judge or jury cannot find the defendant guilty beyond a reasonable doubt. On the other hand, the prosecutor may try to introduce evidence to indicate that the victim was threatened or coerced to provide a favorable statement for the accused. In addition, I have seen prosecutors in Macomb and Oakland County threaten victims with charges of filing a false police report when they attempt to change their earlier statements which were made to law enforcement officers at the time of the alleged incident.

More than often, the parties to a domestic violence charge do not want to proceed with the case and would rather have it dismissed. This scenario is typical in more than half of the domestic violence cases which I have handled in the district courts in Macomb and Oakland County. The victim rarely realizes that an impulsive 9-1-1 phone call after an evening of drinking and some limited physical contact will lead to such extreme measures in the court system. Unfortunately, once someone is charged with domestic violence, the court cannot just dismiss the case. However, it is far better from an attorney’s perspective if the victim wants the case dismissed.

If you are charged with a crime, including domestic violence, make an appointment with the ABDO LAW FIRM located in Clinton Township immediately and let us take care of everything.