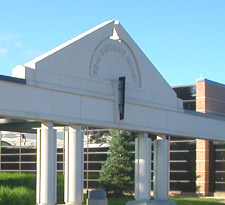 The City of Troy is one of Michigan’s premier cities for commercial office space, hotel space, upscale housing, restaurants and retail establishments. Yet Troy remains one of the safest cities in Michigan according to a 2011 report. The government complex, located off Big Beaver Road and I-75, is where you will find the 52-4 District Court and the Troy Police Department which I can say are proactive when it comes to maintaining this reputation of Troy.

While Troy is considered a safe city as far as violent serious crimes are concerned, Troy gets it share of retail fraud cases which occur at the major retail shopping destinations which include the Oakland Mall and the Somerset Collection. These malls are among the busiest in the State of Michigan and retail fraud is not a crime that will be treated lightly by the Judges at the 52-4 District Court.

Retail fraud in the second degree is a misdemeanor where the property stolen has a value of $200.00 but less than $1,000.00. It is punishable by imprisonment for not more than 1 year or a fine of not more than $2,000.00 or 3 times the value of the difference in price, property stolen, or money or property obtained or attempted to be obtained, whichever is greater, or both imprisonment and a fine.

Retail fraud in the third degree is a misdemeanor where the value of property stolen has a value less than $200.00. It is punishable by imprisonment for not more than 93 days or a fine of not more than $500.00 or 3 times the value of the difference in price, property stolen, or money or property obtained or attempted to be obtained, whichever is greater, or both imprisonment and a fine.

The ultimate goal which we seek for our clients is the avoidance of a retail fraud conviction. Such a conviction is a mark of dishonesty on a person’s permanent criminal record. Fortunately, our experience in handling retail fraud cases in Troy has been positive as far as first offenders are concerned. The same is also true in other venues with major retail establishments where we practice including all of the district courts in Macomb County such as Sterling Heights and Clinton Township. In this regard, we attempt to utilize special provisions of law such as HYTA (Youthful Trainee Status for offenders age 17 and under age 21), Delayed Sentence (MCL 771.1) or the First Offender Program to gain a dismissal of the conviction. Absent aggravating circumstances, these provisions are available upon getting concurrence from the prosecuting attorney, probation department and the Judge at the time of sentencing.

I will explain the court process for someone who obtains a first offense misdemeanor retail fraud.

Pretrial Conference: After arraignment, a retail fraud case will be scheduled for a pretrial conference. It is at this stage where a criminal defense attorney will negotiate with the prosecuting attorney for a recommendation that the case be considered for a dismissal pursuant to one of the available provisions as I mentioned in the previous paragraph (HYTA, Delayed Sentence, First Offender Program). A disposition pursuant to this course of action will avoid trial but mean that the person will have to admit to the offense of retail fraud.

Sentence: At the time of sentence, we will be able to review the report prepared by the probation department. The Judge has the final say as to whether a person will be given the opportunity to have the conviction dismissed. When the Judge grants disposition pursuant to HYTA, MCL 771.1 or the First Offender Program, an offender can expect to be placed on probation for at least one (1) year, along with fines, court costs and other conditions. Other conditions may include a retail fraud class, community service and testing for illegal substances and alcohol.

If the person complies with the conditions ordered by the Court, the conviction will be dismissed at the end of probation. Upon failure to comply, the person will face a probation violation hearing and possible sanctions which include jail and placing the conviction on one’s record!

We have represented clients who reside in Canada and get charged with retail fraud while visiting the Detroit Metro area on a shopping trip.

Thank you for visiting our blog pages. Call for a free consultation: