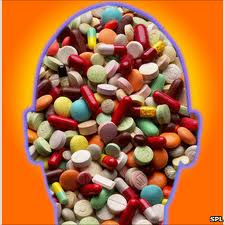 Drugs classified from Schedule 1 to Schedule 5 by DEA

Drugs and chemicals used to make drugs are classified into five (5) schedules depending upon the drug’s medical use and the abuse or dependency potential. The abuse rate is a major factor in the scheduling of the drug. Therefore, schedule I drugs have the highest potential for abuse and for severe psychological and/or physical dependence. More information can be found in Title 21 United States Code (USC) Controlled Substances Act.

Schedule I: Drugs with no currently accepted medical use and high potential for abuse. Some examples are:  heroin, lysergic acid diethylamide (LSD),  ecstasy and peyote.

Schedule II: Drugs with a high potential for abuse, with potential to result in severe psychological or physical dependence. Some examples are: hydrocodone (Vicodin), cocaine, methamphetamine, methadone, oxycodone, fentanyl and Adderall.

Schedule III: Drugs with a moderate to low potential for physical and psychological dependence. Some examples  are: codeine, ketamine, anabolic steroids and testosterone.

Possession of analogues is a felony

In Michigan, the offense of possession of analogues is a felony that can carry up to 2 years in prison and a fine of up to $2,000.00, or both. Analogues appeal to those that can no longer get a legal prescription filled and/or have an addiction. Analogues are easily obtainable on the streets or at job sites such as construction sites. Jail and a felony conviction can both be avoided if you are charged with a drug crime such as possession of analogues. Possession of illegal drugs, including analogues and medications without a valid prescription, are all crimes that can be dismissed pursuant to MCL 333.7411.

Defenses to Drug Crimes: Lack of Possession or Knowledge

Crimes are made up of elements. The issue of “possession” is an essential element of a drug crime. You can’t be convicted of a drug crime if you did not have possession. However, a person need not have actual physical possession of a controlled substance to be guilty of possessing it.  Construction possession is another way that you can possess something and be found guilty of a crime. An experienced drug crime lawyer can advise a person charged with a drug crime as to possible defenses which may include:

In Michigan, possession of analogues is a felony which can be punished by up to 2 years in prison and a fine of up to $2,000.00, or both. Our firm represents a fair share of clients who are arrested or searched and the police find analogues in their possession at the time of arrest. Lately, we are seeing several cases that involve illegal possession of Xanax and Adderall. Surprising, many of our clients can verify a past medical condition or prior prescription. However, if the drugs do not match up to a current prescription, the police will charge the person with illegal possession of analogues. While old medical records and prescriptions are useful in our negotiations, in most cases they will not support an outright dismissal. In addition, it is not a defense to produce a third person’s prescription since you only have the right to possess your own medications!

There are several ways that we can get a drug crime under control. Most drug cases are felonies. Felony representation is a serious matter with a clear goal on our end of getting the felony dismissed! Fortunately, there are ways to do this and there are also ways to get a drug charge dismissed under various provisions of law in every Michigan court:

MCL 333.7411: This provision of law allows for one lifetime dismissal of a drug crime that involves possession or use, not delivery or trafficking.  A person with a prior drug crime or who has used in 7411 is not eligible for this deal.

Just about any drug crime can be managed if the offender does not have a serious criminal record and gets help for the underlying drug problem.

When someone is charged with an alcohol or drug crime, our firm will try to identify if it is the result of alcoholism, abuse, an underlying substance abuse problem or addiction. Should this be the case, we are prepared to make prudent recommendations such as counseling and AA or NA meetings. These proactive measures will be used by our attorneys to advocate in the Courts on behalf of our clients. The Courts will look favorably upon those who engage the services of a substance abuse counselor before being ordered to do so. In addition, the Court is likely to require random drug and alcohol testing for someone who is in the system for any alcohol or drug crime.

Contact the ABDO LAW FIRM for a free consultation if you are charged with any crime including all drug crimes, possession of analogues or operating a vehicle while intoxicated. You may be eligible for a plea bargain pursuant to 7411 or have possible defenses such as lack of knowledge or possession. We will evaluate your case and discuss all of your options. Call 586-412-5555.