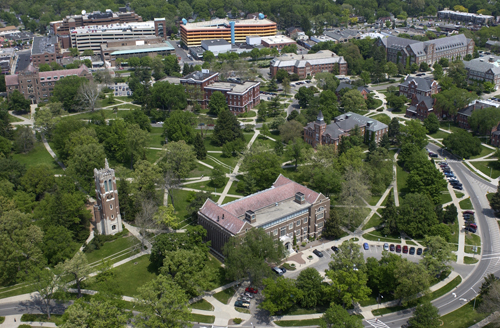 In the second part of our “Offenses on Campus” series (see Part 1 about MIPs) we will briefly discuss two prevalent offenses that occur in East Lansing, disorderly conduct and possession of marijuana. With Welcome Week starting the town is seeing a large influx of visitors as families are moving their children in and friends are visiting students. Especially early on in the year there tends to be a spike in parties and with parties students, residents, and visitors often find themselves on the wrong end of the law.

A wide array of behavior will fit Michigan’s law for a disorderly person. Most relevantly, disorderly conduct may be charged where;

This crime is a misdemeanor, punishable by up to 90 days in prison and/or a fine of $500.00. For whatever reason, there is the often the notion that a disorderly conduct is only a civil infraction or is of the same consequence as a parking ticket. THIS IS NOT THE CASE. As discussed in our previous post, having misdemeanors your record can haunt you for years to come. Employers, graduate school admission boards, and professional licensing bureaus are all concerned with applicants’ criminal records.

A disorderly conduct charge is very manageable. Our firm always fights to preserve our client’s record, reduce any terms of probation, and avoid jail time. First time offenders may be eligible for either MCL 771.1 or HYTA– provisions of law which will keep the conviction off their record.

Marijuana is a prevalent substance on many college campuses. Widespread social acceptance, however, doesn’t change the fact that in most circumstances possession of marijuana is still a crime. In Michigan, first time offenders can face up to a year in jail for possessing marijuana. Nonetheless, these cases are manageable. For youthful offenders or first time offenders our office can typically secure an arrangement whereby the charges will not show up on the client’s record. The provisions of law this may be achieved by are HYTA and what is commonly referred to as a 7411. Further, there are sometimes medical marijuana defenses available in these cases. As stated above, having a drug crime on your record can be difficult to explain when applying for a job or a seat in graduate school.

If you are being charged with a disorderly conduct or a possession of marijuana do not hesitate to retain the help of an experienced attorney. Call our office today to set up a free consultation (586) 412-5555.