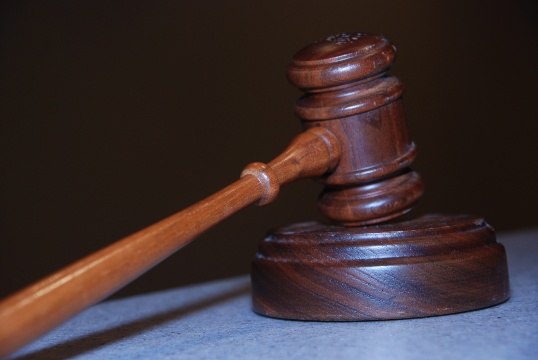 What is a plea bargain?

Simply stated, a plea is where a finding of guilt is made through an admission rather than by a judge or jury. Usually this means that in exchange for dismissed charges, reduced charges, a deferral, or for an offer of leniency the defendant explains the crime that they committed to the judge. When a plea is made the defendant gives up his or her right to have a trial and all the rights they would have at trial. This expedites the criminal justice process because it skips the trial portion and the case is fast-tracked for sentencing after the defendant admits to the charged conduct. It is a ‘bargain’ because the defendant must compromise by dispensing with his or her trial rights in exchange for a deal of some sort.

Why do plea bargains exist?

Plea bargains are commonplace in the United States and many would argue are necessary for the smooth operation of our justice system. Some 90% of cases are worked out through plea bargains. In addition to (most the time) benefiting defendants, they benefit the court and prosecution because trials are also costly and arduous for them. With most courts having full dockets, the system would come to a crawl if each case was resolved with a lengthy trial.

What are the most common types of plea bargains?

The most common type of plea arrangements are charge bargains, sentence bargains, sentence recommendations, and what is called a ‘Cobbs plea.’ A charge bargain, which is totally within the discretion of the prosecutor, is a bargain whereby a plea deal is offered in exchange for reduced or dismissed charges . Another type of plea is a sentence agreement. This is where the prosecutor conditions the plea on a term of sentence (for example the prosecutor may recommend a statute that keeps the charge off the defendant’s record). In this type of plea the defendant retains the right to withdraw his plea if the judge does not abide by the prosecutor’s agreement. Along the same vein are sentence recommendations. As we always explain to clients, recommendations are not binding on the judge. However, experience tells us that a judge will more likely than not go along with a prosecutor’s endorsement. Lastly, there are ‘Cobbs pleas’, given their name after the case People v. Cobbs. This is a bargained for sentence with the judge, if the judge exceeds that preliminarily agreed upon sentence the plea may be withdrawn.

What helps for negotiating a favorable plea deal?

Many factors play into negotiating a favorable plea deal. Oftentimes considerations include the defendant’s criminal history, personal background, and the prosecution’s evidence. A clean or limited criminal record always helps at the negotiating table. Similarly, factors such as steady employment, education, and a positive family background tend to be viewed as a encouraging. In terms of the case’s facts, presenting scant evidence of a crime or its elements to the prosecutor can also help in working an advantageous plea.

Doesn’t a plea mean the crime will go on my record?

We get this question a lot – the answer is not necessarily. Frequently, the entire purpose of taking a plea deal is because it is conditioned on some type of deferral (or a deal whereby the charge will be removed from the client’s record). These deferrals are discussed at length on our blog and website. For purposes of this blog it is sufficient to know the common deferrals are available for youthful offenders, domestic violence cases, drug cases, and MIPs . There is also a general deferral under the delayed sentence statute.

What are the advantages of plea bargaining?

Certainty and control. Most people taking a plea bargain are making some calculation about their future. The major considerations being the damaging effects of a conviction entering on their master criminal record, license sanctions, and/or incarceration. With a plea bargain clients have a sure thing. At the trial level there is no longer a guarantee of anything and the determination of guilt will be made by the judge or jury. Though some deferrals can be motioned for at sentencing they are no longer ‘in the bag’. Moreover, to some degree, a plea allows the defendant to control what goes on the public record. He or she can limit the admission to the facts and prevent the airing of dirty laundry that comes with a trial. Many take a plea to avoid the emotional toll that a trial will take them.

What are the disadvantages of plea bargaining?

Forgoing trial and giving up the chance to tell your side of the story. When a defendant pleas there is no trial. They automatically surrender any chance of a not guilty verdict. A not guilty verdict guarantees no jail time or probation. Also, defendants taking a plea cannot tell their side of story. Often, as a matter of principle, this is very difficult for defendants. In cases where the proofs are weak, giving up the right to a trial may be foolish for defendants. Alternatively, where evidence is strong, mitigation through plea bargaining may be a more favorable route.

If a plea is offered once will it be offered again?

Not necessarily. Considering the policy of pleas (expediting the judicial process) prosecutors will often condition an exceptional deal on taking it that day. Our experience is that playing adjournment roulette in hopes of a better deal often has the opposite effect. It irritates the prosecution and a good deal can be yanked because of the defendant’s obstinacy. Prosecutors regularly remind counsel, “just because this is being offered today doesn’t mean you’ll get it next time.” However, reasonable adjournments or adjournments based on lack of evidence do not normally foreclose the possibility of a favorable plea bargain.

Does the Lawyer Have to Disclose All Plea Offers to the Client?

Yes. Counsel has a duty to communicate all formal plea offers to the client. This is sometimes frustrating to clients, especially those dead-set on trials. However, going through the entire pretrial process and exploring all favorable dispositions short of trial is in a defendant’s best interest. Oftentimes a client who is adamantly against plea bargaining will change their mind between the office consultation and the pretrial date.

How Does a Defendant Take a Plea?

A plea must be knowing, voluntary, and intelligent. When the judge takes a plea the defendant has to state it was not the result of an off-the-record promise or threat. Further they must state they are doing so knowing they are giving up their right to a trial. Defendants must then admit to each element of the offense prior to the court entering a conviction. Sometimes where there is a convoluted fact pattern defense counsel can assist the defendant by taking them through the elements of the offense step by step on the record.

Our office deals with cases involving plea bargains nearly every day. To that end, we are qualified to evaluate if any bargain being offered is fair and make recommendations as to whether or not you should consider accepting it. Taking a plea is a serious consideration often with drastic and unforeseen consequences. To hedge your bets you want attorneys that are knowledgeable of a plea’s repercussions and further who will fight to get you the best deal possible. We specialize in criminal defense cases and always advise clients on the merits of any deal being offered by the prosecution. If you are in legal trouble in Macomb, Wayne, or Oakland County contact the Abdo Law Firm today, free of charge, to discuss your pending legal matter.