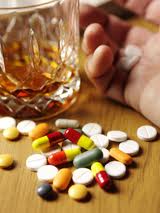 Driving under the influence of alcohol can be ascertained by measuring a person’s blood alcohol content (BAC). If a person’s BAC is .08% or greater, he or she is considered to be “per se” or legally intoxicated. If the BAC is .17% or greater, the person may be charged as a “super drunk” pursuant to Michigan law making it a more severe crime for having a high blood alcohol content.

On the other hand, driving under the influence of prescribed drugs is not a per se or strict liability offense and must be proven by the testimony of the police officer regarding the conduct of the accused. In this regard, the police will obtain a blood sample to determine the presence and level of analogue(s) and/or other substances. In many cases, the person may have mixed the prescribed analogue drugs with one or more alcoholic beverages or marijuana. In addition, the police will assess a driver’s ability to perform field sobriety tests (FST) which are designed to test a driver’s balance and motor skills. Police may ask a driver to perform tasks such as walking heel-to-toe in a straight line, standing on one leg, or reciting the alphabet backwards.

A valid prescription is not a defense for someone who operates a vehicle while impaired or under the influence of analogue drugs (OUID). However, a prescription coupled with evidence of a person’s sober conduct and driving ability can be presented as a defense.

A person convicted of operating a vehicle while intoxicated due to analogues (OUID) or alcohol (OWI) faces the same penalties under Michigan laws. For a first offense of OUID, the maximum penalties are:

There may be legal grounds for a dismissal or reduction to careless driving on the basis that the medications were taken as prescribed and did not cause the individual to be impaired or under the influence. A person who has taken medications as prescribed may defend the charge on the basis that the medications did not diminish his or her ability to operate a motor vehicle. In such cases, an aggressive defense attorney will obtain the police reports, video of the traffic stop and gather witness statements of those that could testify as to the behavior and sobriety of the accused during the time frame prior to the traffic stop. In addition, A charge for operating under the influence of drugs (OUID) may be plea bargained to the lower charge of operating while impaired which involves lesser penalties.

When someone is charged with an alcohol or drug crime, our firm will try to identify if it is the result of alcoholism, abuse, an underlying substance abuse problem or addiction. Should this be the case, we are prepared to make prudent recommendations such as counseling and AA or NA meetings. These proactive measures will be used by our attorneys to advocate in the Courts on behalf of our clients. The Courts will look favorably upon those who engage the services of a substance abuse counselor before being ordered to do so. In addition, the Court is likely to require random drug and alcohol testing for someone who is in the system for any alcohol or drug crime.

Contact the ABDO LAW FIRM for a free consultation if you are charged with any crime including all drug crimes, possession of analogues or operating a vehicle while intoxicated. We will evaluate your case and discuss all of your options. Call 586-412-5555.