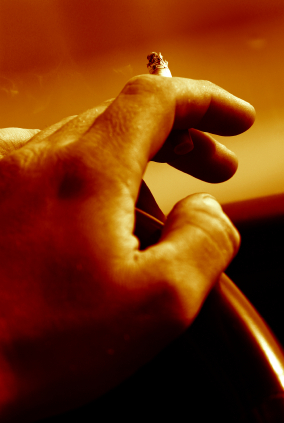 The recent Court of Appeals case, People v. Koon (which can be read in its entirety here), illustrates how Michigan deals with drugged driving. Oftentimes clients are under the misguided impression that a prescription or a medical marijuana card offers them immunity from prosecution for operating a vehicle while intoxicated. However, Michigan law has two provisions to deal with this. For Schedule 1 narcotics (cocaine, heroin, ecstasy, for example) where there is ‘any amount’ of the illicit substance the driver can be convicted. Alternatively, impairment must be proven where a client is charged with driving under the influence of a prescribed medication.

The Koon case deals with 3 issues; 1) the ‘any amount’ provision of MCL 257.625(8); 2) Michigan’s Medical Marijuana Act; and 3) marijuana that was ingested hours before the defendant operated the automobile. In this instance, the defendant had a medical marijuana card and had used marijuana five to six hours before driving his automobile. Nonetheless, marijuana’s active ingredient THC, which can remain in one’s system for weeks after it’s ingested, showed up in Mr. Koon’s blood. Both the District Court and Circuit Court held that the Medical Marijuana Act was a defense to the zero tolerance law. Unfortunate for Mr. Koon and other card holders, the Court of Appeals did not.

The opinion, which I recommend those visiting this blog take the time read (it’s not too complicated), reasons that the Michigan Medical Marijuana Act does not carve out an exception to the ‘any presence’ law. The MMMA does not reschedule marijuana (it remains Schedule 1) and further specifically states there are no protections for those driving under the influence of marijuana. The issue may be taken up with the State Supreme Court in the future.

What are the takeaways from this case? Most specifically as it pertains to marijuana card holders, they remain at risk driving long after they ingest marijuana. The result does seem harsh given that THC can remain in one’s system for weeks after it is initially used. Nonetheless, this seems to shed some light on the way Courts are interpreting that law. Further, this should serve as a reminder that the State does not take lightly to drugged driving. If you are being prosecuted for operating an automobile under the influence of any drug, a marijuana card or a valid prescription does not offer blanket protection. This is likely an issue that will continue to take shape in the Legislature and Court of Appeals over the coming years.

Our office works extensively in cases where clients are charged with operating under the influence. Whether it be the influence of alcohol, schedule 1 narcotics, or prescription medication our Firm’s goals remain the same – reductions, dismissals, and manageable probationary terms. For first time offenders, we always fight for a reduction to the charge of Impaired (OWVI), saving drivers points and fines to the State. In our experience, first time offenders for this type of charge rarely face jail. Depending on the type of underlying alcohol or substance abuse, our attorneys will always take the time to determine if counseling or group therapy will be helpful in our client’s case. We can do same day, evening, and weekend appointments. Consultations, whether they be phone or in person, are always free. Call today to speak to one of our experienced attorneys today! (586) 412-5555