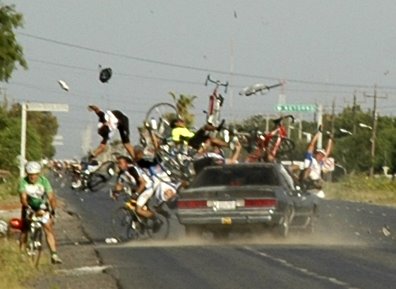 According to Wikipedia, on September 10, 1897, George Smith, a London taxi driver, was the first person to be convicted of drunk driving.

DUIL, DUI, OUIL, OUI, OWI, OWVI, OWPD, UBAL: What do they all mean? Whenever we meet with a new client that is charged with drunk driving, we invariably engage in explaining the numerous abbreviations which are commonly used on the streets, in the courts and by lawyers. Whenever the words drunk or intoxicated are used, we are referring to the offense of drunk driving. The offense of impaired driving is a lower offense but still goes on the record as a drinking and driving offense for all licensing and insurance purposes. The penalties for these offenses vary depending upon the circumstances and prior record of the offender. The Michigan Department of State website has more information regarding the offenses and penalties for these offenses.

DUIL: Driving Under the Influence of Liquor DUI: Driving Under the Influence OUIL: Operating Under the Influence of Liquor OUI: Operating Under the Influence OWI: Operating While Intoxicated (Current Law)
OWVI: Operating While Visibly Impaired (Current Law)
OWPD: Operating With the Presence of Drugs (Current Law)
UBAL: Unlawful Blood Alcohol Content
DRUNK DRIVING: One can be charged with drunk driving if his ability to operate a vehicle is substantially and materially impacted by the consumption of alcohol or drugs. In this scenario, the prosecutor would have to prove that the person charged was intoxicated or had .08% or greater blood alcohol content or the presence of certain drugs. Under prior drunk driving laws in Michigan, a person had to caught “driving” a motor vehicle. The “D” in DUIL or DUI is the abbreviation for driving under old Michigan drunk driving laws. More recent laws were passed which made it unnecessary for the person to be caught driving a motor vehicle. Courts and lawmakers amended the law to only require that the person charged with drunk driving be caught “operating” the vehicle. Thus, a person who is not driving but merely in a parked vehicle with the keys in the ignition while playing the radio can be said to be “operating” a vehicle. The abbreviations were changed to OUIL and OUI with the “O” signifying operation.

IMPAIRED DRIVING: Impaired driving means that your ability to operate a vehicle was visibly impaired. Under prior laws, the abbreviation of DWI was used which meant Driving While Impaired. Under current law, the offense is called Operating While Visibly Impaired or OWVI.

UNLAWFUL BLOOD ALCOHOL CONTENT, OPERATE WITH PRESENCE OF DRUGS: The offenses of OWPD and UBAL are statutory offenses which do not require that the offender is intoxicated but only that the offender has a blood alcohol content of .08% or greater or the presence of certain illegal drugs.

The ABDO LAW FIRM defends first and repeat offense drunk drivers in all Macomb, Oakland and Wayne County Courts. We know the courts, judges and prosecutors. Our experienced attorneys have read thousands of police reports involving drunk driving. Most of the arrests for drunk driving are made after midnight or when the bars close. Many motorists are stopped for minor traffic infractions that cannot always be proven by the prosecutor at trial.

We believe in educating our clients by explaining the court process, license issues and letting them know what to expect. All of our new clients are provided with extensive legal research which pertains to drunk driving cases in Michigan at the first consultation. Our clients say that are relieved after retaining our firm. We will help you navigate the complex Michigan drunk driving laws.Contact the ABDO LAW FIRM. Phone: 586-412-5555