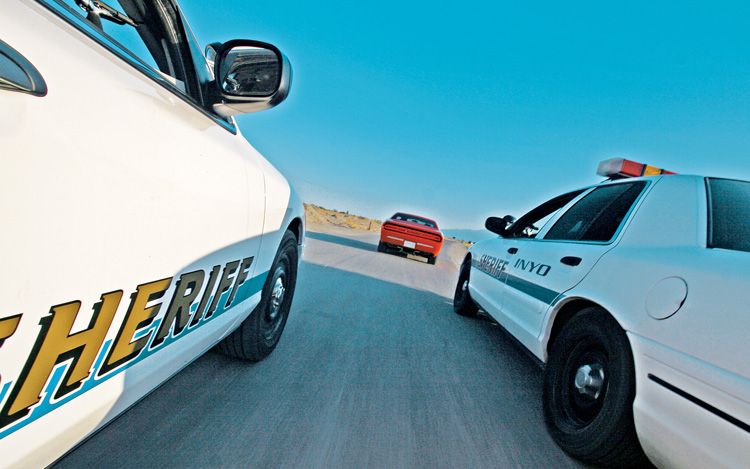 In the second part of our 3 part series on searches, this blog will discuss the rules governing automobile searches. The following needs to be considered when a motorist is pulled over and subsequently searched;

As alluded to in our prior post, being in an automobile affords individuals much less 4th Amendment protection than being in their home. Police can search a car without a warrant under the ‘automobile exception’. Such searches must be supported by probable cause. According to case law, the general population doesn’t have a reasonable expectation of privacy within their automobile because it is operated upon public roadways and is highly regulated by the government. Thus, automobiles upon public roadways are subject to a much lower expectation of privacy than a private home – other drivers, and police officers, can see directly into the majority of traveling cars. It should also be noted warrantless searches may be conducted pursuant to a valid inventory search after the seizure of an automobile.

Police can stop a motorist either for violation of the motor vehicle code or based on the hunch of criminal activity. Where the officer actually observes a traffic violation they are allowed to make a stop. However, it is often a traffic stop that allows the police to make an arrest for a more serious crime. The police can run a background check during a traffic stop, if that check shows outstanding warrants the police may then arrest that individual and search their vehicle. Moreover, the police do not need a warrant in order to run a license check of a vehicle.

Police may expand the scope from a brief detention to issue a traffic ticket where there is a fair probability of contraband/evidence in the vehicle based on the totality of the circumstances. If a law enforcement official see’s, say for example a bloodied weapon, in plain sight during a traffic stop they may immediately seize that weapon. Another scenario, one that regularly plays out in this office, is where an officer smells alcohol or marijuana during a traffic stop. The smell of marijuana justifies a search of the motor vehicle. Similarly the odor of intoxicants allows the police to conduct roadside sobriety tests.

Where there is no traffic violation, law enforcement may make an investigative stop where they believe criminal activity is taking place. Where there is probable cause that a crime is being committed police may stop an automobile without a warrant (for example where a car is described as leaving the scene of a recently committed crime). Probable cause can be premised on as little as an anonymous tip. Depending what the probable cause is for (meaning a stolen vehicle versus a bag of drugs) will dictate the initial scope of the permissible search. Practically speaking, the police will likely find a way to search the entire car through one of the warrant exceptions. Further, probable cause will typically give pretty wide latitude in terms of what portions of the car can be searched absent a warrant. Police can, for example, open a container if they have reason to believe there is evidence of a crime in that container. However, the search needs to be somewhat logical. That’s to say that police likely do not have the authority to search a purse if they stop an automobile under suspicion that it’s harboring illegal immigrants.

Beneath is some case law regarding automobile searches.

While the police have a wide berth in the realm of automobile searches that is not to say that motorists are without 4th Amendment protections. The Abdo Law Firm reviews its client’s police reports in order to make sure that procedure is being followed and evidence is obtained properly. Questionable evidence is often a strategy used to weaken cases for favorable deals or have the matter dismissed outright. If you are being charged with a crime contact our office today at 586 412 5555 to make sure that your rights are being protected.

Other Segments in this Series
Part 1: General/Searches of the Person