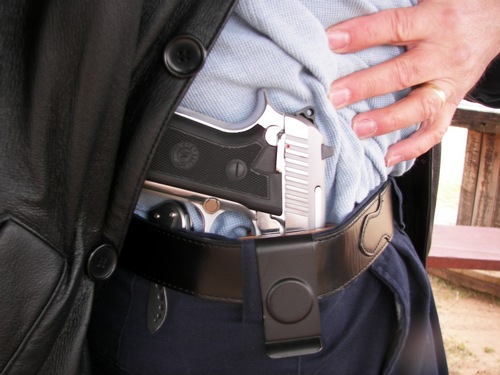 At Abdo Law, we deal with many clients that maintain a Concealed Pistol License, or CPL, and the question always arises: will I lose my CPL if I’m charged or convicted of a crime? The answer is maybe, but Abdo Law’s dedicated attorneys will do everything in their power to guide clients through the process.

The State of Michigan sets guidelines for those wishing to obtain a CPL:

• Applicant must be at least 21 years of age;

• Be a resident of the State of Michigan for at least 6 months prior to application
• Successfully complete a pistol safety training course
• The applicant may not be subject to involuntary hospitalization, an order finding legal incapacitation or a finding of not guilty by reason of insanity
• Not be subject to a conditional bond release that prohibits the purchase/use of firearms
• Not be subject of a personal protection order (PPO)

• Applicant has not been prohibited from having firearms in his/her possession, pursuant to MCL 750.224f

• Have no felony charge pending in Michigan, or any other jurisdiction
• Applicant was not dishonorably discharged from the United States Armed Forces
In addition to the above requirements, applicants for a CPL must prove to the State of Michigan that they have not been convicted of certain misdemeanors. Some convictions bar the applicant for 8 years and others bar the applicant for 3 years. Lists with examples of such crimes have been provided below.

A question that occasionally presents itself is whether a matter that was disposed of under HYTA, 7411, 769.4a, or 771.1 will affect a CPL license. It is my understanding is that a CPL typically will not be granted to individuals on probation, even with a deferral. These dispositions still show up on the back end of records systems for law enforcement. Moreover, my understanding is that while it is possible to get a CPL after a case disposed of with HYTA or 7411, it is less likely for a case concluded with 769.4a or 771.1. Before being granted the license, in Macomb County for example, you need to first sit before a board. Somebody who just got off probation, even with a 769.4a, may have trouble getting a CPL even though the case has been dismissed. Being that the charge tends to indicate violent behavior, it is my opinion such an individual will have more difficulty getting a CPL than someone with a 7411 deferral. Please be advised, this is just my opinion.

Nonetheless, if you believe your current or potential gun rights could be jeopardized you should engage counsel immediately. Deferrals, reductions, and dismissals could be helpful in reducing the time that you are ineligible for a CPL. On the following page we have provided crimes that make applicants ineligible for a CPL.

This list does not include every misdemeanor the State of Michigan considers. The entire list can be found on the Concealed Pistol License requirements page. If you are being charged with a crime and you think your gun rights could be affected, call the Abdo Law Firm today, 586-412-5555.