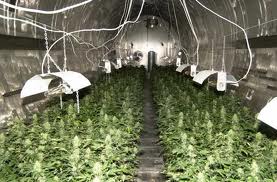 The most controversial law that is now on the books is the Michigan Medical Marijuana law. According to statistics from the Michigan Department of Community Health, 83,552 original and renewal applications have been received and 45,808 patient registrations issued. This statistic is now several months old but will be useful for purpose of illustration. The law allows for each patient to have 12 or less plants and possess 2 ½ ounces of marijuana with a valid card. I would assume that all 45,808 patients are growing the maximum amount of medical marijuana allowed either on their own or via a certified caregiver. This rational and logical assumption means that there are 549,696 (12 x 45,808) home grown plants in the basements and backyards of your Michigan neighbors who have a personal stash of 114,520 (2 ½ x 45,808) ounces of marijuana stash on hand. Many eager entrepreneurs want to open dispensaries and facilities to allow the trade and commerce of medical marijuana. However, the law is elusive and fraught with uncertainty. Whether medical marijuana dispensaries will survive in Michigan will depend upon the appellate process along with future legislation and interpretation of the Michigan Medical Marijuana Law. In addition, the Michigan Medical Marijuana law is in discord with the Federal Law. While the Obama administration has a flaccid policy on the medical marijuana scene, possession and distribution of marijuana remain illegal according to Federal Laws and carry fierce criminal and forfeiture penalties. According to a recent AP news feed, Federal agents want the state of Michigan to turn over records in a medical-marijuana investigation of seven people in the Lansing area. In a court document, Assistant U.S. Attorney John Bruha says possession and distribution of marijuana is illegal under federal law, even if Michigan voters approved medical marijuana in 2008.

The above penalties double for a second drug conviction !!

I have seen a decline in the big dealer marijuana drug busts in 2009 and 2010. In my opinion, law enforcement is waylaying and collecting information. There will be a day of reckoning for numerous marijuana growers who are engaged in shenanigans while hiding behind their grandma’s medical marijuana card. The police are always making minor singular marijuana arrests while gathering law enforcement intelligence from the petty offenders. This intelligence will come full circle and lead law enforcement to all of the nooks and crannies where marijuana is grown, stored and sold. What drug dealer can resist the appeal of having a firearm? Well, in Michigan you get 2 years in prison for possession of firearm during the commission of felony consecutive to any other sentence for the underlying offense.

I would definitely advise anyone to refrain from doing anything that doesn’t jibe 100% with the Michigan Medical Marijuana law. But for those that are brazen, greedy and cannot listen to reason and must stray; keep it under 200 plants and don’t have a gun in your possession!